Intrust Funding is a Shelton private money lender providing rehab loans to investors in Mason County. Acquire your next property, renovate your next investment, or cash-out refi your last loan today. With funding in 48 hours, no inspections, no appraisals, and a simple 1% per month interest rate, Intrust Funding is real estate investing simplified.

For those looking to invest in real estate, the city of Shelton is teeming with opportunity. We fund real estate investors looking for a Shelton project to fix & flip or buy and hold. Many of our borrowers, who are also members of Bigger Pockets, follow the BRRRR method for producing long term wealth and passive income. Intrust Funding provides short term loans with loan terms that range from 5 to 12 months. With a quick and simple application process, we can fund projects within 48 hours of approval. Acquire real estate fast and pay off your loan quickly. Real Estate investing has never been easier!

As leading commercial hard money lenders in Shelton, we are known for our simple short term loan qualification process! If you have bad or no credit, that doesn’t matter to us. However we do need a credit report, or a copy of a credit report issued within the last 12 months, just to make sure there are no liens on any collateral you might use. We also need proof of funds for the down payment. To prequalify for a rehab loan from us, that’s about all we need. But there are disqualifiers for our real estate investment loans. For us to provide funds for the investment, the loan cannot be used to acquire a property at in-person county auctions (although we do provide funds for online auctions), the property must have a free and clear title without any liens, and it must have a septic system in place. We also do not provides funds for land-only deals, unless the land is worth as much as the loan itself. Many investors use our rehab loans to acquire a property, renovate an investment, or as a cash-out refi from another lender. All fees, including transaction and origination fees, are rolled into the loan. A 1% per month interest payment is the only payment due during the course of the loan. And we charge no early payoff fee! To payoff the loan, a balloon payment is due at the end of the loan term when the investment property is ready to rent out, go on the market, or be refinanced. Our competitive rates equal or beat other hard money lenders in Mason County. Intrust Funding is a hard money lender in the city of Shelton, providing real estate investors with cash on hand, no money out of pocket loans for those difficult to fund projects.

Sometimes hard money loans are called bridge loans. This is because bridge loans act as bridges between quick, short-term and long-term financing. Investors looking for bridge loans in Shelton, Washington, trust Intrust Funding to give them the best deals in Mason County.

For Shelton real estate investors who need hard money to fund both the acquisition of a property and the renovation costs, Intrust Funding’s Shelton rehab loans roll up everything into one loan, for your convenience.

Today, fix and flips are all the rage. One reason for this trend is the way seasoned investors leverage hard money to fund fix and flip projects. Let us help you out on your next Shelton fix and flip with our hard money loan!


If you need to refinance a hard money loan for an investment property in Shelton, we fund cash-out refi loans every day. Whether you need a longer loan period, want to cross-collateralize investments, or more, our Shelton cash out refinance loans are for you.

Shelton was officially incorporated in 1890. The city was named after David Shelton, a delegate to the territorial legislature. The land was previously called “Cota” and was inhabited and managed by the Squaxin Island Tribe, or “People of the Waters”, who had inhabited the land for centuries before contact with white settlers. The land was ceded, along with 4,000 sq. miles of Indigenous land, on December 26, 1854, with the passage of the Treaty of Medicine Creek. After the passage of the treaty, David Shelton and his wife, Frances Shelton, each took a claim of land enabled by the Donation Land Claim Act totaling 640 acres in what would eventually be incorporated as Shelton.

Shelton was once served by a small fleet of steamboats which was part of the Puget Sound Mosquito Fleet. These boats included the Old Settler, Irene, Willie, City of Shelton, Marian, Clara Brown, and S.G. Simpson. The economy was built around logging, farming, dairying and ranching as well as oyster cultivation. The Simpson Timber Company mill on Puget Sound’s Oakland Bay dominated the landscape of the downtown area; the mill was sold to Sierra Pacific Industries in 2015, who are currently building a new mill. Shelton also identifies itself as the “Christmas Tree Capital”.

Shelton is a city in and the county seat of Mason County, Washington, United States. Shelton is the westernmost city on Puget Sound. The population was 9,834 at the 2010 census. Shelton has a council-manager form of government.

Shelton has seen the job market increase by 1.1% over the last year. Future job growth over the next ten years is predicted to be 32.8%, which is lower than the US average of 33.5%. 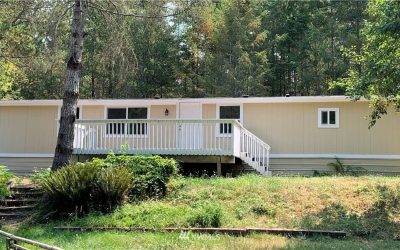