Intrust Funding is a Seattle private lender for real estate providing private money loans to investors in King County. Acquire your next property, renovate your next investment, or cash-out refi your last loan today. With funding in 48 hours, no inspections, no appraisals, and a simple 1% per month interest rate, Intrust Funding is real estate investing simplified.

For real estate investors, Seattle has become a prime market for deals. Bigger Pockets has made the BRRRR method a popular approach for real estate investors to generate passive income and accrue long term wealth. With our private money loans, investors have tremendous success at fix and flips and buy and holds in Seattle. Short loan terms allow borrowers the freedom to acquire properties quickly and repay their loans fast, as a typical loan from Intrust Funding ranges from 5 to 12 months. Our application process is simple and transparent. And we can disperse funding for investment projects within 48 hours of approval. Quick loan payoff combines with quick investment profit. We make real estate investing easy.

As Seattle’s leading private lenders, our commercial real estate loans are accessible to new and seasoned investors alike! Prequalifying for a rehab loan from us is simple. Although there is no minimum credit score you need to have, we must have a credit report or a copy of a report issued in the last 12 months on file. This is just so we can make sure there aren’t any liens on collateral you might use for the loan. The second thing we need is a proof of funds for down payment, or proof of adequate collateral. Once we have those two things, that’s about all we need! But there are disqualifiers for our real estate investment loans. For us to provide funds for the investment, the loan cannot be used to acquire a property at in-person county auctions (although we do provide funds for online auctions), the property must have a free and clear title without any liens, and it must have a septic system in place. We also do not provides funds for land-only deals, unless the land is worth as much as the loan itself. Many investors use our loans for residential real estate to acquire a property, renovate an investment, or as a cash-out refi from another lender. All fees, like origination fees, are rolled into the loan, while a ballon payment is due at the end when the investment property is sold, rented out, or refinanced, allowing our competitive rates to match or beat other hard money lenders in King County. Similarly, our flat 1% interest rate per month attracts investors all over Washington state. Intrust Funding provides quick hard money loans to investors in the city of Seattle.

Sometimes hard money loans are called bridge loans. This is because bridge loans act as bridges between quick, short-term and long-term financing. Investors looking for hard money loans in Seattle, Washington, trust Intrust Funding to give them the best deals in King County.

For Seattle real estate investors who need hard money to fund both the acquisition of a property and the renovation costs, Intrust Funding’s Seattle rehab loans roll up everything into one loan, for your convenience.

Today, fix and flips are all the rage. One reason for this trend is the way seasoned investors leverage hard money to fund fix and flip projects. Let us help you out on your next Seattle fix and flip with our hard money loan!

If you need to refinance a hard money loan for an investment property in Seattle, we fund cash-out refi loans every day. Whether you need a longer loan period, want to cross-collateralize investments, or more, our Seattle cash out refinance loans are for you.

The BRRRR Method is a real estate investing strategy where an investor will Buy, Rehab, Rent, Refinance, and then Repeat this cycle to generate value quickly in their commercial properties portfolio. Intrust Funding is one of the most popular residential hard money lenders in Seattle for real estate investors looking to capitalize on the BRRRR method.

Seattle is a seaport city on the West Coast of the United States. It is the seat of King County, Washington. With a 2020 population of 737,015, it is the largest city in both the state of Washington and the Pacific Northwest region of North America. The Seattle metropolitan area’s population is 4.02 million, making it the 15th-largest in the United States. Its growth rate of 21.1% between 2010 and 2020 makes it one of the nation’s fastest-growing large cities.

Seattle is situated on an isthmus between Puget Sound (an inlet of the Pacific Ocean) and Lake Washington. It is the northernmost major city in the United States, located about 100 miles south of the Canadian border. A major gateway for trade with East Asia, Seattle is the fourth-largest port in North America in terms of container handling as of 2021.

The Seattle area was inhabited by Native Americans for at least 4,000 years before the first permanent European settlers. Arthur A. Denny and his group of travelers, subsequently known as the Denny Party, arrived from Illinois via Portland, Oregon, on the schooner Exact at Alki Point on November 13, 1851. The settlement was moved to the eastern shore of Elliott Bay and named “Seattle” in 1852, in honor of Chief Si’ahl of the local Duwamish and Suquamish tribes. Today, Seattle has high populations of Native, Scandinavian, Asian American and African American people, as well as a thriving LGBT community that ranks sixth in the United States by population.

The sea, rivers, forests, lakes, and fields surrounding Seattle were once rich enough to support one of the world’s few sedentary hunter-gatherer societies. The surrounding area lends itself well to sailing, skiing, bicycling, camping, and hiking year-round.

Seattle’s economy is driven by a mix of older industrial companies, and “new economy” Internet and technology companies, service, design, and clean technology companies. The city’s gross metropolitan product (GMP) was $231 billion in 2010, making it the 11th largest metropolitan economy in the United States. The Port of Seattle, which also operates Seattle–Tacoma International Airport, is a major gateway for trade with Asia and cruises to Alaska. It also is the 8th largest port in the United States when measured by container capacity. Its maritime cargo operations merged with the Port of Tacoma in 2015 to form the Northwest Seaport Alliance. Although it was affected by the Great Recession, Seattle has retained a comparatively strong economy, and is noted for start-up businesses, especially in green building and clean technologies. In February 2010, the city government committed Seattle to become North America’s first “climate neutral” city, with a goal of reaching zero net per capita greenhouse gas emissions by 2030.

The first streetcars appeared in 1889 and were instrumental in the creation of a relatively well-defined downtown and strong neighborhoods at the end of their lines. The advent of the automobile began the dismantling of rail in Seattle. Tacoma–Seattle railway service ended in 1929 and the Everett–Seattle service came to an end in 1939, replaced by automobiles running on the recently developed highway system. Rails on city streets were paved over or removed, and the opening of the Seattle trolleybus system brought the end of streetcars in Seattle in 1941. This left an extensive network of privately owned buses (later public) as the only mass transit within the city and throughout the region. 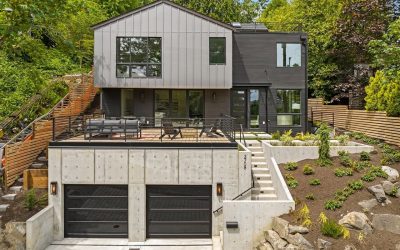 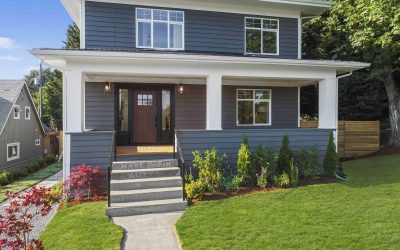 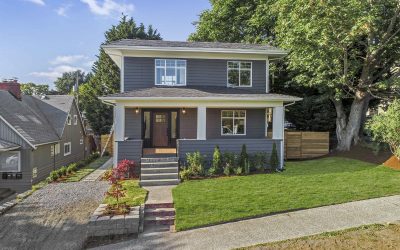 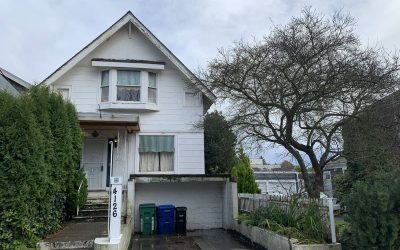 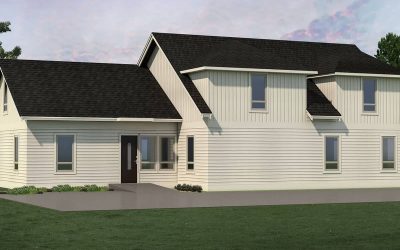 A complete rebuild of a 1941, 2 bedroom, 1 bathroom, 1,170 square foot home, this new construction will be perfect for a variety of uses: AFH, Student Housing, Families that need extra Bedrooms, Extended Families, and Air BNB. This property will potentially include:
Craft Room
Library
Exercise Room
Offices
Play Room
Guest Room
Theatre
Main House is 4,300 Sq Ft. and an additional Separate 300 Sq Ft Detached Additional House with kitchen and bath which can be rented for additional Income. Second kitchen is upstairs at the main house. Tremendous potential, funded by Intrust Funding.