Intrust Funding is a Sammamish private money lender providing flip loans to investors in King County. Acquire your next property, renovate your next investment, or cash-out refi your last loan today. With funding in 48 hours, no inspections, no appraisals, and a simple 1% per month interest rate, Intrust Funding is real estate investing simplified.

People in Sammamish are looking to real estate more and more to achieve financial freedom. Bigger Pockets has made the BRRRR method a popular approach for real estate investors to generate passive income and accrue long term wealth. With our private money loans, investors have tremendous success at fix and flips and buy and holds in Sammamish. Intrust Funding’s short term loans typically range from 5 to 12 months. With funding in 48 hours, our borrowers appreciate that our application process is quick and simple. We make real estate investing easy.

As leading hard lenders in Sammamish, we are known for our simple bridge loan qualification process! Prequalifying for a bridge loan from us is simple. Although there is no minimum credit score you need to have, we must have a credit report or a copy of a report issued in the last 12 months on file. This is just so we can make sure there aren’t any liens on collateral you might use for the loan. The second thing we need is a proof of funds for down payment, or proof of adequate collateral. Once we have those two things, that’s about all we need! But an investment property with no septic in place, is selling at in-person county auctions, or does not have a free and clear title with no liens will not typically receive a hard money loan from Intrust Funding. Furthermore, we do not fund land-only deals, unless the land value is equal to or exceeds the loan amount. Our flip loans are typically used to purchase an investment, renovate a property, or to refinance a loan from another lender. All loan fees are rolled into our loans, meaning investors only pay a 1% interest rate each month until their loan is payed off. A balloon payment is due at the end of the loan term, which is typically paid off through the sale or refinance of the investment property. Our competitive rates are appreciated by commercial real estate investors in King County. Intrust Funding is a well-known hard money lender in the city of Sammamish, offering cash on hand loans for difficult to fund projects.

Sometimes hard money loans are called bridge loans. This is because bridge loans act as bridges between quick, short-term and long-term financing. Investors looking for bridge loans in Sammamish, Washington, trust Intrust Funding to give them the best deals in King County.

For Sammamish real estate investors who need hard money to fund both the acquisition of a property and the renovation costs, Intrust Funding’s Sammamish rehab loans roll up everything into one loan, for your convenience.

Today, fix and flips are all the rage. One reason for this trend is the way seasoned investors leverage hard money to fund fix and flip projects. Let us help you out on your next Sammamish fix and flip with our hard money loan!

If you need to refinance a hard money loan for an investment property in Sammamish, we fund cash-out refi loans every day. Whether you need a longer loan period, want to cross-collateralize investments, or more, our Sammamish cash out refinance loans are for you.

With the BRRRR method, investors can use cash, or a short-term loan, to buy, rehab, rent, refinance, and then repeat this system for investing in residential properties. For commercial real estate investors in Sammamish, Intrust Funding has become a popular bridge loan lender on BRRRR projects.

Sammamish is a city in King County, Washington, United States. The population was 67,455 at the 2020 census. Located on a plateau, the city is bordered by Lake Sammamish to the west and the Snoqualmie Valley to the east. Sammamish is located 20 miles east of Seattle and is mostly suburban, with many residents commuting to nearby businesses.

The city was incorporated in 1999 and is the third-richest community in Washington State (by mean household income), after Medina and Mercer Island. In 2019, it was also named the richest city in the U.S. among cities with a population greater than 65,000 people.

The city is situated on the shores and hilly terrain east of Lake Sammamish. It is bordered to the south by Issaquah, to the northwest by Redmond, and to the west across Lake Sammamish by Bellevue. Beaver Lake and Pine Lake are the two biggest lakes in Sammamish.

Sammamish has seen the job market increase by 2.6% over the last year. Future job growth over the next ten years is predicted to be 84.3%, which is higher than the US average of 33.5%.

Sammamish is served by three major north–south roads: East Lake Sammamish Parkway, 228th Avenue, and 244th Avenue. They connect to State Route 202 to the north, providing access to Redmond, and Interstate 90 to the south in Issaquah. A regional freeway, Interstate 605, has been proposed several times since the 1960s to run through Sammamish, but has not been built.

Bus service is provided by King County Metro routes 216, 219, 269, and Sound Transit Express route 554 to Redmond, Issaquah, and Downtown Seattle. South Sammamish Park and Ride is the city’s transit center with 265 parking stalls. Metro began running dial-a-ride buses to the Sammamish Plateau in 1993, and it later extended commuter services in the early 2000s.

The King County government began construction of an 11-mile bike trail on the east side of Lake Sammamish in 1998, replacing a disused railway. 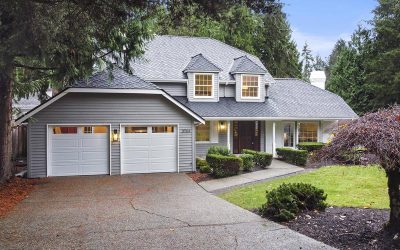