Intrust Funding is a Redmond commercial hard money lender providing flip loans to investors in King County. Acquire your next property, renovate your next investment, or cash-out refi your last loan today. With funding in 48 hours, no inspections, no appraisals, and a simple 1% per month interest rate, Intrust Funding is real estate investing simplified.

For those looking to invest in real estate, the city of Redmond is teeming with opportunity. We fund real estate investors looking for a Redmond project to fix & flip or buy and hold. Many of our borrowers, who are also members of Bigger Pockets, follow the BRRRR method for producing long term wealth and passive income. Intrust Funding’s short term loans typically range from 5 to 12 months. With an easy, transparent, and quick application process, Intrust Funding can provide funds for investments within 48 hours of approval. That means buying properties quickly and repaying loans in no time. Real estate investing has never been easier.

As leading private lenders for real estate in Redmond, we are known for our simple rehab loan qualification process! If you have bad or no credit, that doesn’t matter to us. However we do need a credit report, or a copy of a credit report issued within the last 12 months, just to make sure there are no liens on any collateral you might use. We also need proof of funds for the down payment. To prequalify for a residential loan from us, that’s about all we need. But there are disqualifiers for our real estate investment loans. For us to provide funds for the investment, the loan cannot be used to acquire a property at in-person county auctions (although we do provide funds for online auctions), the property must have a free and clear title without any liens, and it must have a septic system in place. We also do not provides funds for land-only deals, unless the land is worth as much as the loan itself. Our flip loans are typically used to purchase an investment, renovate a property, or to refinance a loan from another lender. All loan fees, which include a transaction and origination fee, are rolled into the total amount of the loan. The only payments due during the course of the loan is the interest payment at 1% per month. There are no early payoff fees, making our competitive rates equal to or better than other private money lenders in King County. At the end of the loan term, a balloon payment is due, which investors pay by renting, selling, or refinancing their investment property. In the city of Redmond, Intrust Funding provides rehab loans for real estate investors looking for a quick cash in hand deal.

Sometimes hard money loans are called bridge loans. This is because bridge loans act as bridges between quick, short-term and long-term financing. Investors looking for bridge loans in Redmond, Washington, trust Intrust Funding to give them the best deals in King County.

For Redmond real estate investors who need hard money to fund both the acquisition of a property and the renovation costs, Intrust Funding’s Redmond rehab loans roll up everything into one loan, for your convenience.

If you need to refinance a hard money loan for an investment property in Redmond, we fund cash-out refi loans every day. Whether you need a longer loan period, want to cross-collateralize investments, or more, our Redmond cash out refinance loans are for you.

Redmond is the seventh most populous city in King County and the sixteenth most populous city in the State of Washington, with a residential population of approximately 73,256 in 2020. It encompasses an area of over 17.14 square miles and is located less than 20 miles east of downtown Seattle at the north end of Lake Sammamish. The city prides itself for its high quality of life with good schools, a healthy economic base, a parks system that provides a variety of active and passive recreational opportunities, diverse offerings for shopping and dining, safe neighborhoods, and an emphasis on quality development and protection of the natural environment.

Redmond’s park system consists of 31 developed and 14 undeveloped parks on over 1,345 acres and 29 miles of developed trails. Facilities range from community, neighborhood, and resource parks to undeveloped open space, beautification areas, and gathering places. They include a waterfront park on Lake Sammamish (Idylwood), a wildlife preserve known as the Redmond Watershed, and a farm with equestrian facilities at Farrel-McWhirter Park. Recreation programs provide learning, socializing, and entertainment opportunities for preschoolers through senior adults and an active cultural arts scene. Facilities include a senior center, a teen center, a community center, and two log cabins at Anderson Park. In addition, King County operates numerous trail connections with Redmond’s system and points beyond.

Redmond is bordered by Kirkland to the west, Bellevue to the southwest, and Sammamish to the southeast. Unincorporated King County lies to the north and east. The city’s urban downtown lies just north of Lake Sammamish; residential areas lie north and west of the lake. Overlake, the city’s second urban center, is to the west of Lake Sammamish. The Sammamish River runs north from the lake along the west edge of the city’s downtown.

According to the United States Census Bureau, the city has a total area of 16.94 square miles, of which 16.28 square miles are land and 0.66 square miles  are water.

Redmond has seen the job market increase by 2.6% over the last year. Future job growth over the next ten years is predicted to be 44.2%, which is higher than the US average of 33.5%.

The city is well known as a center of technology and the location for a number of nationally known Redmond Sign along Redmond Wayhigh-tech and biomedical companies. Among these are Microsoft, Nintendo, AT&T, and Physio-Control. Redmond Town Center, a large downtown retail center, offers numerous shops, restaurants, three movie theaters, special events, and live performances by a repertory theatre company and other arts-related groups. 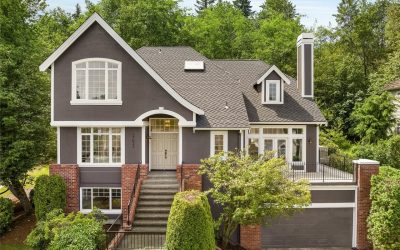 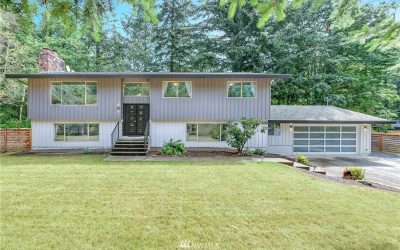