Intrust Funding is a Federal Way hard lender providing short term loans to investors in King County. Acquire your next property, renovate your next investment, or cash-out refi your last loan today. With funding in 48 hours, no inspections, no appraisals, and a simple 1% per month interest rate, Intrust Funding is real estate investing simplified.

As the city of Federal Way continues to grow, real estate investment opportunities are more abundant than ever. Private investors looking for Federal Way commercial real estate choose us for buy & hold and fix and flip projects in King County. For long term wealth and passive income, many of our borrowers choose one of our loan options to follow the BRRRR method, popularized by Bigger Pockets. Intrust Funding provides short term loans that range from 5 to 12 months. With a quick and simple application process, we can fund projects within 48 hours of approval. Acquire real estate fast and pay off your loan quickly. Real Estate investing has never been easier!

As leading commercial lenders in Federal Way, we are known for our simple direct lender loan qualification process! Prequalifying for a residential loan from us is simple. Although there is no minimum credit score you need to have, we must have a credit report or a copy of a report issued in the last 12 months on file. This is just so we can make sure there aren’t any liens on collateral you might use for the loan. The second thing we need is a proof of funds for down payment, or proof of adequate collateral. Once we have those two things, that’s about all we need! But there are disqualifiers for our real estate investment loans. For us to provide funds for the investment, the loan cannot be used to acquire a property at in-person county auctions (although we do provide funds for online auctions), the property must have a free and clear title without any liens, and it must have a septic system in place. We also do not provides funds for land-only deals, unless the land is worth as much as the loan itself. Our short term loans are typically used to purchase an investment, renovate a property, or to refinance a loan from another lender. All loan fees, which include a transaction and origination fee, are rolled into the total amount of the loan. The only payments due during the course of the loan is the interest payment at 1% per month. There are no early payoff fees, making our competitive rates equal to or better than other private money lenders in King County. At the end of the loan term, a balloon payment is due, which investors pay by renting, selling, or refinancing their investment property. Intrust Funding is a fix and flip lender offering quick closing loans to investors in the city of Federal Way who have little or bad credit history.

Sometimes hard money loans are called bridge loans. This is because bridge loans act as bridges between quick, short-term and long-term financing. Investors looking for bridge loans in Federal Way, Washington, trust Intrust Funding to give them the best deals in King County.


For Federal Way real estate investors who need hard money to fund both the acquisition of a property and the renovation costs, Intrust Funding’s Federal Way rehab loans roll up everything into one loan, for your convenience.


Today, fix and flips are all the rage. One reason for this trend is the way seasoned investors leverage hard money to fund fix and flip projects. Let us help you out on your next Federal Way fix and flip with our hard money loan!


If you need to refinance a hard money loan for an investment property in Federal Way, we fund cash-out refi loans every day. Whether you need a longer loan period, want to cross-collateralize investments, or more, our Federal Way cash out refinance loans are for you. 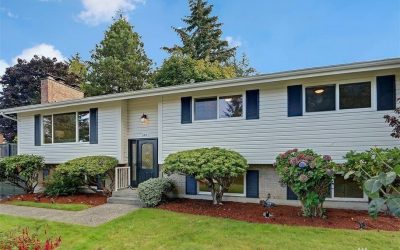 Federal Way BRRRR | Before & After PhotosBack on the market, buyer's financing failed. Calling... 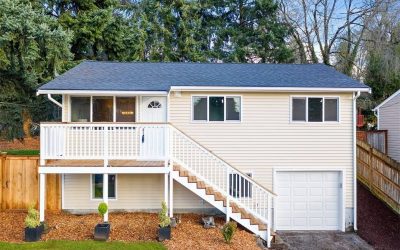 Federal Way BRRRR | Before & After PhotosRemodeled beauty in Mirror Lake! You'll be delighted... 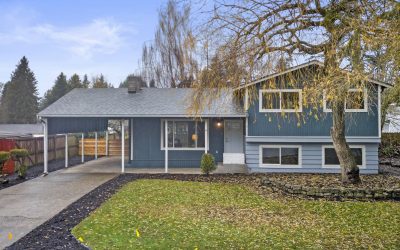 Federal Way, located in the southwest corner of King County, butts up against the Puget Sound and neighbors Des Moines, Tacoma, and Lakeland. The city got its name when 5 high schools consolidated to form Federal Way High School, named after the Federal Highway U.S 99 – also known as Pacific Highway South – which runs north-south through the city. The name stuck when the chamber of commerce adopted it in the 1950s. Federal Way is known for its parks, both state parks, and amusement parks. It hosts Wild Waves Theme and Water Park, the regions only amusement park, drawing visitors from all over the region. It’s also home to Dash Point State Park, and West Hylebos Wetlands Park on 348th street, which provides hiking trails, and the cities oldest building, Denny Cabin. With the draw of so many local attractions, Federal Way is a good area for investors looking to turn a profit with a fix and flip loan.

Things to Do in Federal Way