Intrust Funding is a Des Moines private lender providing flip loans to investors in King County. Acquire your next property, renovate your next investment, or cash-out refi your last loan today. With funding in 48 hours, no inspections, no appraisals, and a simple 1% per month interest rate, Intrust Funding is real estate investing simplified.

Investing in real estate within the city of Des Moines is becoming a popular option as the city continues to grow with opportunity. Bigger Pockets has made the BRRRR method a popular approach for real estate investors to generate passive income and accrue long term wealth. With our private money loans, investors have tremendous success at fix and flips and buy and holds in Des Moines. Intrust Funding provides short term loans that range from 5 to 12 months. With a quick and simple application process, we can fund projects within 48 hours of approval. Acquire real estate fast and pay off your loan quickly. Real Estate investing has never been easier!

As Des Moines’s leading bridge loan lenders, our bridge loans are accessible to new and seasoned investors alike! If you have bad or no credit, that doesn’t matter to us. However we do need a credit report, or a copy of a credit report issued within the last 12 months, just to make sure there are no liens on any collateral you might use. We also need proof of funds for the down payment. To prequalify for a commercial loan from us, that’s about all we need. But an investment property with no septic in place, is selling at in-person county auctions, or does not have a free and clear title with no liens will not typically receive a hard money loan from Intrust Funding. Furthermore, we do not fund land-only deals, unless the land value is equal to or exceeds the loan amount. Many investors use our loans for residential real estate to acquire a property, renovate an investment, or as a cash-out refi from another lender. All fees, like origination fees, are rolled into the loan, while a ballon payment is due at the end when the investment property is sold, rented out, or refinanced, allowing our competitive rates to match or beat other hard money lenders in King County. Similarly, our flat 1% interest rate per month attracts investors all over Washington state. Intrust Funding provides quick hard money loans to investors in the city of Des Moines. 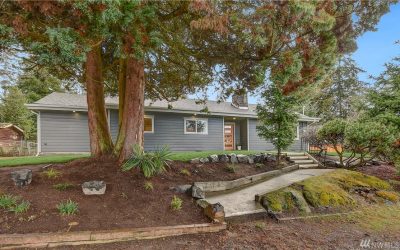 Sometimes hard money loans are called bridge loans. This is because bridge loans act as bridges between quick, short-term and long-term financing. Investors looking for bridge loans in Des Moines, Washington, trust Intrust Funding to give them the best deals in King County.


For Des Moines real estate investors who need hard money to fund both the acquisition of a property and the renovation costs, Intrust Funding’s Des Moines rehab loans roll up everything into one loan, for your convenience.


Today, fix and flips are all the rage. One reason for this trend is the way seasoned investors leverage hard money to fund fix and flip projects. Let us help you out on your next Des Moines fix and flip with our hard money loan!


If you need to refinance a hard money loan for an investment property in Des Moines, we fund cash-out refi loans every day. Whether you need a longer loan period, want to cross-collateralize investments, or more, our Des Moines cash out refinance loans are for you.

Of all the cities of Washington, Des Moines, is one of few that offers relatively easy access to the eastern coast of the Puget Sound. Home to the Saltwater State Park, the city attracts scuba divers and campers alike looking to take advantage of its underwater park and coastline campsites. Located in King county, Des Moines sits approximately halfway between Seattle and Tacoma, bordered by Kent, Federal Way, Seatac, Burien, and Normandy Park. According to a 2010 census, the city is home to 29,673 residents. Sitting conveniently along a major transportation route between two of Washingtons largest cities, Des Moines is an ideal location to be searching for fix and flip investment opportunities.

Things to Do in Des Moines